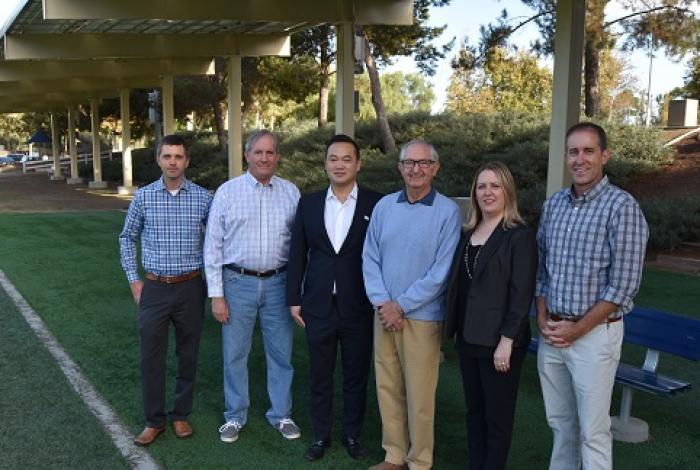 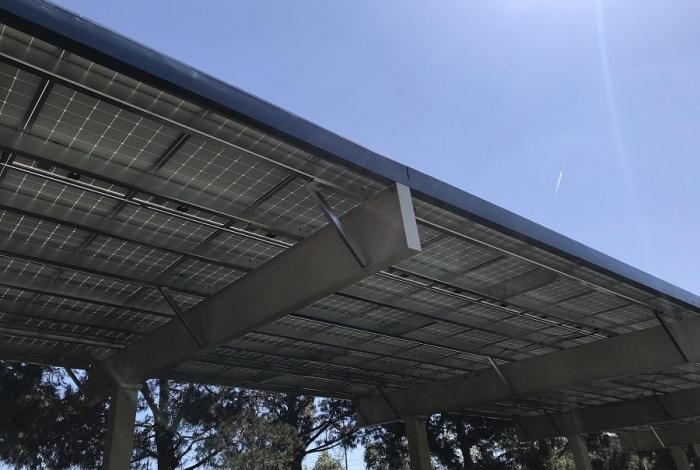 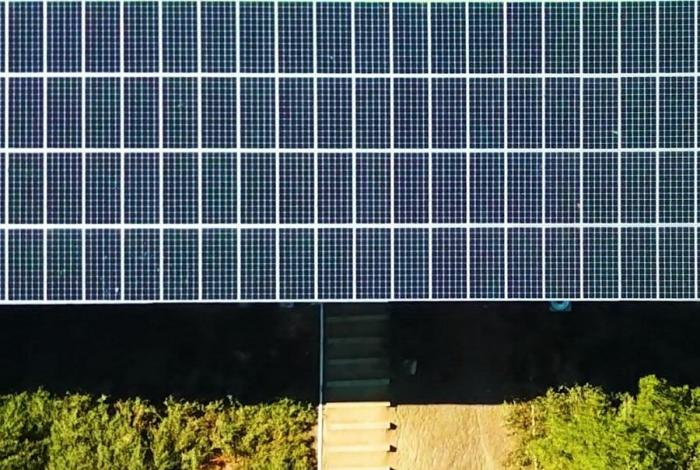 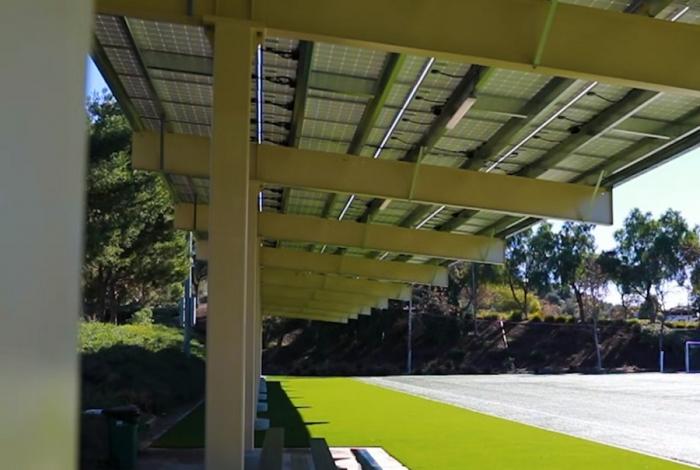 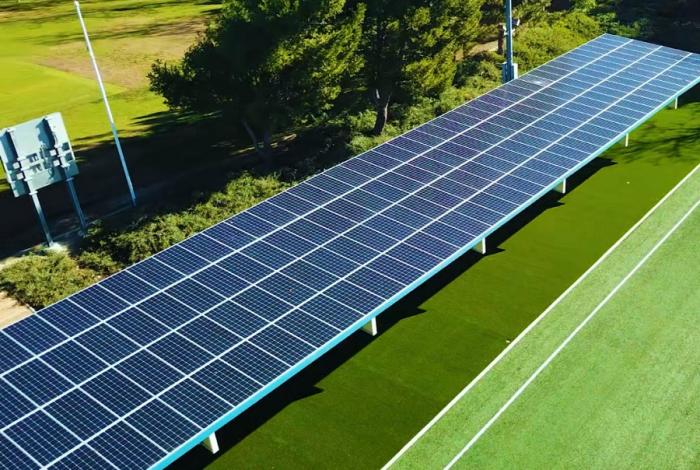 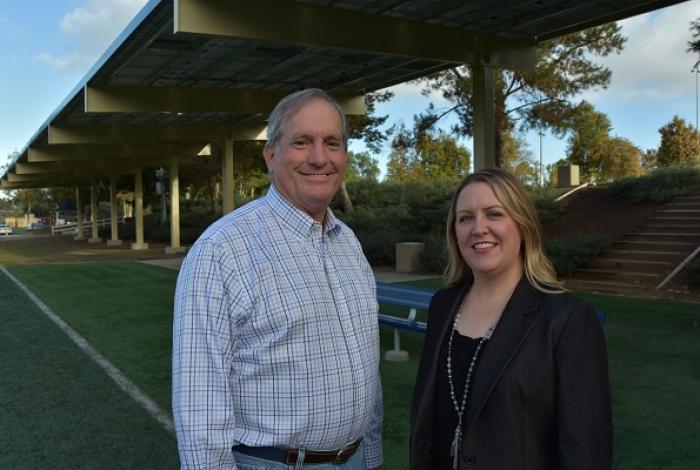 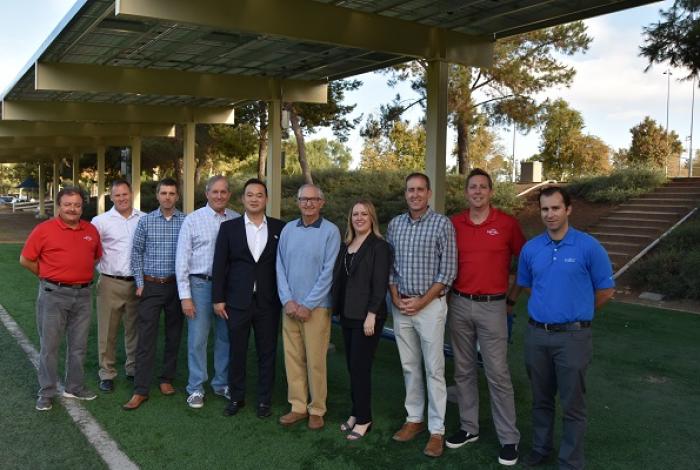 Ladera Ranch Maintenance Corporation (LARMAC) completed the installation of a new solar array at Cox Sports Park which will benefit Ladera Ranch residents and the community for many years to come.

In September 2018, a shade structure running the length of the artificial turf soccer field at Cox Sports Park was completed. The solar panels are expected to generate a savings of $63,000 in electricity costs during the first year. Currently, the approximate annual electricity costs to operate the park is $105,000.

Given the recent changes by SDG&E to its tiered rate structure and fees, the savings could be slightly more than expected. The energy savings will have the equivalent impact as taking 34.9 cars off the road per year or planting 56.6 acres of trees.

The project started in 2017 when LARMAC Board Director Jeff Hamilton brought forward the idea of using solar panels as a way for the master maintenance corporation to control its operating costs. Hamilton asked the board to approve a study to identify the LARMAC facility that would yield the highest savings through the installation of solar infrastructure. At the December 6, 2017 LARMAC board meeting, the study was approved.

LARMAC worked with Revel Energy to gather, analyze and consider the data. Hamilton notes, "In this process we reviewed many locations, including our clubhouses, Terramor Aquatic Park, the Skate Park and Cox Sports Park.

Cox Sports Park was quickly identified as the best opportunity to install this cost-saving measure. The Cox Sports Park facility is the largest meter, meaning it uses the most energy of any LARMAC facility. A key contributing factor to the savings impact was the sports park’s unique energy use pattern. Nearly all of the energy used for the park is used at night to light the sports fields, at a time when energy costs are at their lowest. During the day, when energy is at a premium, the sports park will now generate much more energy than it uses, feeding the more expensive energy back into the grid earning credit towards further reducing the overall utility cost to operate the park.

Hamilton said, "We looked at options to offset operating costs in the near-term and long-term. Energy costs have steadily risen by as much as double-digit rates, year over year. The LARMAC Board of Directors identified solar energy as a way to offset a known increasing operating cost. This is an investment that will produce an ongoing return for Ladera Ranch residents.”

After careful review and analysis of the project, the LARMAC Board selected Revel Energy for the feasibility study and the installation of the project. Revel Energy was selected for their team’s in-depth experience of commercial solar projects, experience in analytics and forecasting, their responsiveness and commitment to delivering ‘above and beyond’ service.

According to Ken Gibson, General Manager, "This project spotlights the commitment of the LARMAC board members, who are volunteers, to think long-term beyond their current term of service to the community. A great deal of effort was spent on this project and that effort demonstrates the commitment to fiduciary responsibility by LARMAC board members on behalf of all Ladera Ranch homeowners.”

"As a board, we can't do anything about utility rates, but we can be smart about investing resources that are under our care/responsibility", noted Hamilton.

In addition to the opportunity to reduce operating costs (electricity), the LARMAC board and the Revel Energy team looked for other ways to enhance the project with additional benefits: this included the addition of a shade structure on one side of the field and the extension of the Cox Wi-Fi signal by laying cabling during the trenching process for the project. 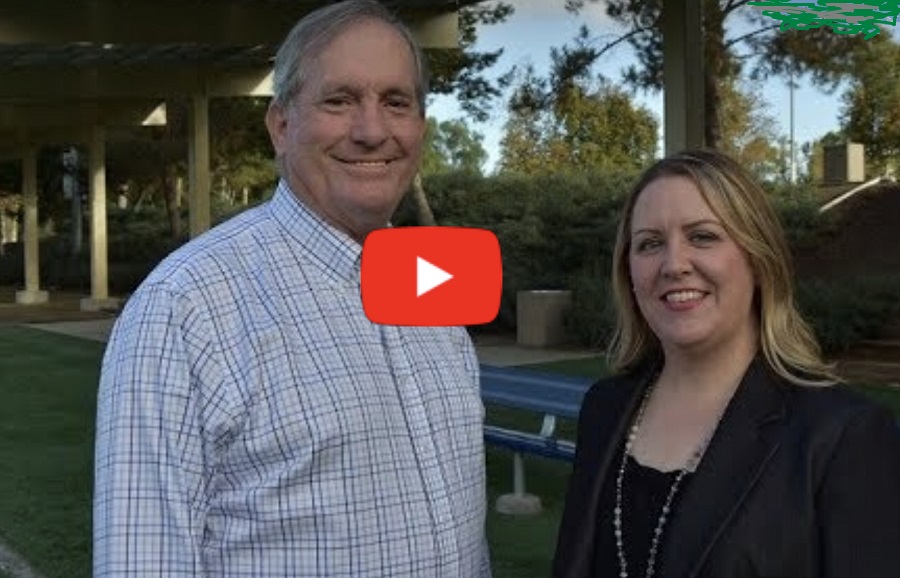 Click link to watch Jeff Hamilton and Margaret Novak talk about the solar project that has been installed at Cox Sports Park in Ladera Ranch.

Ladera Ranch says it will save more than $60,000 with solar panels at Cox Sports Park