Ladera’s Iconic Tree at Town Green to be Removed 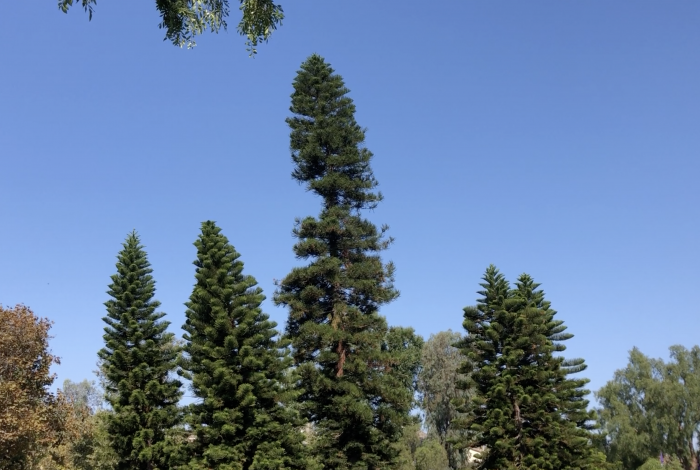 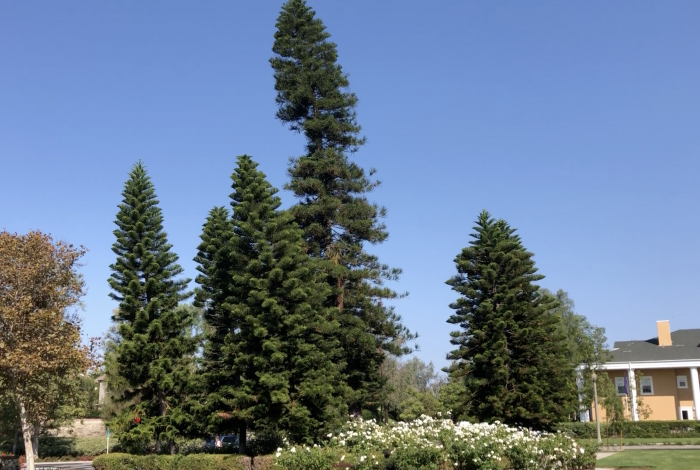 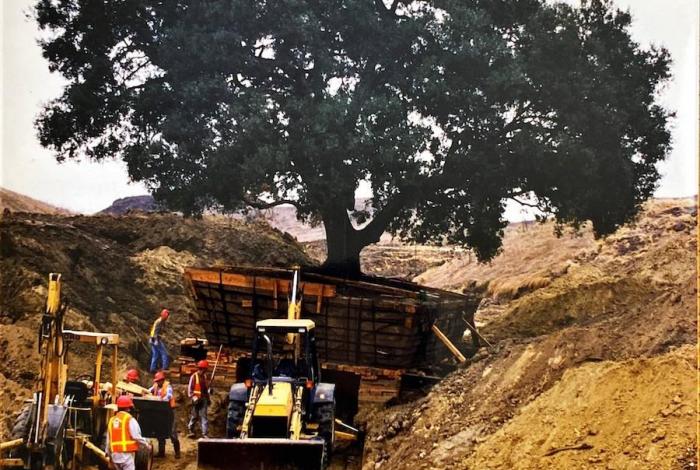 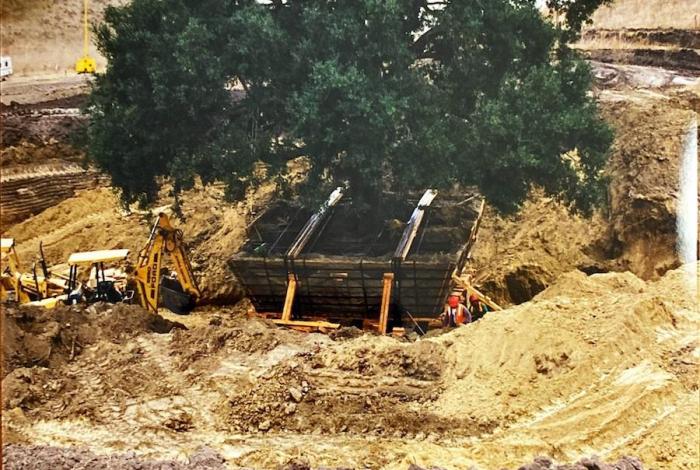 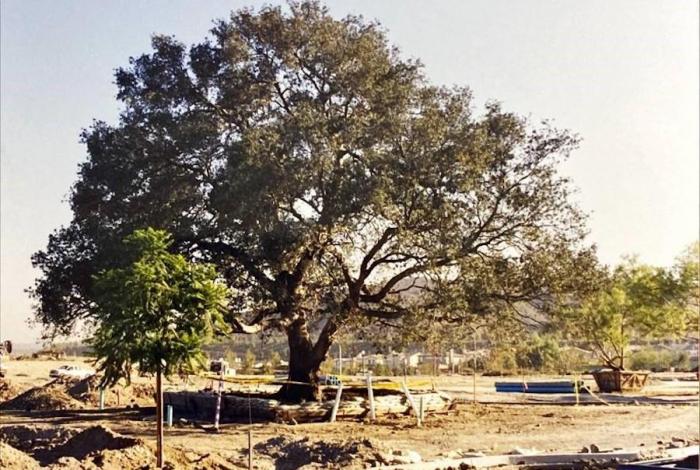 Ladera’s iconic pine tree at Town Green will be removed due to the tree’s health which will become worse over time. The great oak tree on the adjacent corner will be used as the holiday tree in December 2020.

Town Green (park) in the Township District of Ladera Ranch is home to a small cluster of “Star Pine” or Araucaria spp. trees that includes the approximately 70 ft. center tree that has served as the community Christmas tree during the winter holidays.

Since it was planted in 2007, the tallest pine tree has sustained damage from high winds and storm events and is missing a significant number of branches that won’t regenerate. In recent years, LARMAC has learned that a unique characteristic of this genre of Star Pine species is their propensity to lean toward the equator as they grow. This has caused the cluster of trees to grow sideways, toward the south. Lott Steffey, landscape consultant at Mosaic notes that Star Pines are a brittle species and that the health of the trees, and safety issues would become worse over time.

After consulting with arborists, holding lengthy discussions with Mosaic Consulting and after much consideration, the LARMAC Board of Directors has made the difficult decision to remove the pine trees. While numerous ideas had been considered to salvage the once iconic tree, the time has come for its removal. The LARMAC Board will consider several concepts to refurbish and enhance the area.

Great oak tree to be used for winter holiday tree

Since 2007 the focal spot for the winter holiday celebrations has been the corner of Sienna Parkway and Main Street, where the large Star Pine had been the feature of the Christmas tree lighting ceremony. For the upcoming 2020 winter holiday season, the focus will move to the adjacent corner to the great oak tree, also known as the ‘Heart of Ladera’ which will be used for this year’s holiday tree.

The great oak tree has always been a part of Ladera Ranch. In 1998, the developer salvaged and relocated the oak to Town Green from the area north of Antonio Parkway, close to the fire station.

Ken Gibson, LARAMAC General Manager, said that the LARMAC and LARCS Boards had lengthy discussions to identify the next best option for a holiday tree. The Boards ultimately landed on using the great oak at Town Green for this year’s holiday tree. It will be decorated with traditional holiday lights and ornaments creating a warm festive ambiance and will promote the holiday spirit among residents and visitors during the winter holidays.

Why the pine trees at Town Green are growing sideways:

For other LARMAC project updates visit the Projects and Improvements page on LaderaLife.com.